The boom in long-distance coach transport, triggered by the liberalisation of the market in 2013, came to an end even before the Corona crisis and fell by a further 50% last year - significantly more than any other mode of passenger transport (rail and coach).

By contrast, in the first half of 2022, the coach transport performance was almost nine times higher than the year before. The abolition of many Corona measures as well as the introduction of the 9-Euro-ticket, which have encouraged people in Germany to use public transport, have contributed to this. Although the introduction of the ticket did not take place until June 2022, the increase is visible in the transport figures for all modes for the second quarter of 2022. Despite the rise in the use of public transport, the pre-crisis level has not yet been reached by any mode of transport. 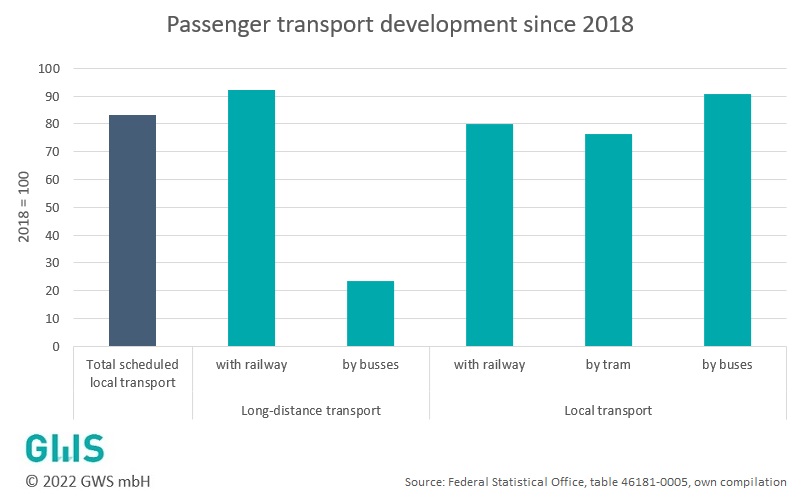