GINFORS (global inter-industry forecasting system) is a model for analysing international and global economic issues. It has been under development since 1995.

The GINFORS3 version of the model is the first version of GINFORS to be based on a time series of completely harmonised national supply and use tables. The corresponding source data set, which also includes environment and energy-related data, was published for the first time in 2012 as part of the World Input-Output Database Project (see www.wiod.org/). The model also makes uses of United Nations Statistics Division population and system of national accounts data and International Monetary Fund financial data (e.g. public debt).

GINFORS can be divided into four interlinked logical modules. The centrepiece is a bilateral trade module which models exports and imports of 59 goods and services between 38 countries (the EU-27 countries, Russia, Turkey, Brazil, Canada, Mexico, the United States, China, India, Japan, Korea and Australia) and a 'rest of the world' region. The trade model incorporates import and export prices by goods category from each country. It also provides export and import prices to all other countries.

The share of trade for individual goods categories depends on price changes and technical trends. If, for example, car prices in Germany in US dollars rise faster than in the US, German car makers' market share in the US falls and German imports of US vehicles rise.

A very detailed model of the socioeconomic system is chosen for all 38 countries. Production, trade and use interdependencies are modelled in an input-output system broken down into 59 goods categories and consistently supplemented by effects on employment. Projections are also made for developments in the system of national accounts for the private households and private non-profit organisations, business, state and overseas sectors. As well as many details, this also allows changes in disposable income and financial balance to be examined for each sector. Additionally, global environmental interdependencies are comprehensively modelled via an energy-emissions and a resources module.

The comprehensive modelling approach maps global interrelationships between consumers, producers and investors. It accounts for imperfect markets and limited rationality of agents and indicates the complex international feedbacks from structural changes in individual countries or changes in international trade patterns. The model is highly endogenous – key exogenous variables are population changes and the price of various resources.

GINFORS is suitable for evaluating individual policy measures intended to achieve a specific objective by a future date and for analysing complex scenarios. The model can be used to simulate global economic growth and environmental pollution in iterations of one year through to 2050. This means in particular: 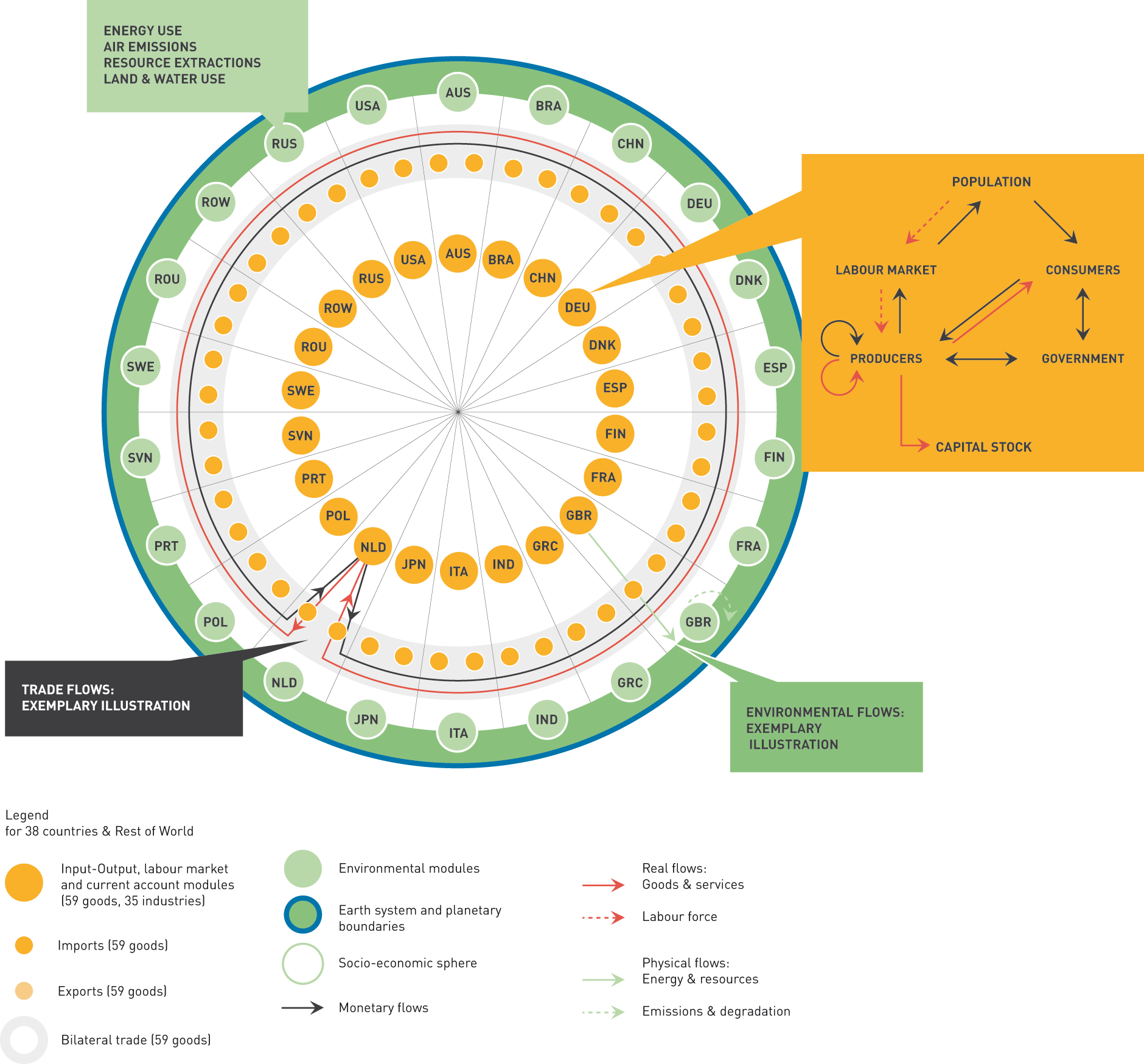 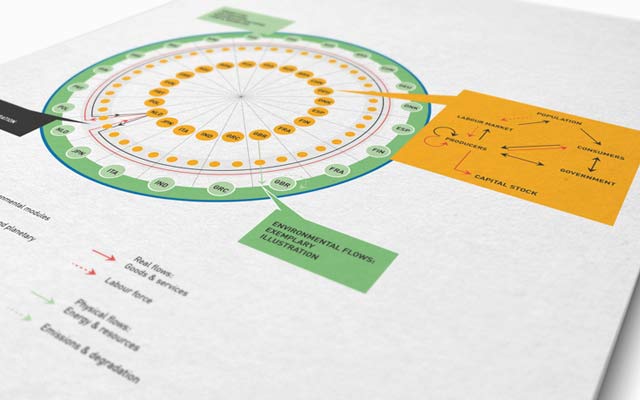 The transition to a green economy is changing the demand and supply of skills and jobs. Various challenges and methodologies exist to identify these skill needs. The OECD is currently…