Low carbon leakage describes the risk that low-CO2 industries will move to other countries if a country loses its pioneering position in a technology relevant to the energy transition. To analyse the market launch of these technologies, international value chains are modelled to identify market and diffusion barriers and to estimate economic effects. The modelling is accompanied by complementary analyses in which the social dimension of technology change is evaluated. In particular, stakeholder behaviour in the context of international competition and trade relations and the social preconditions for the introduction of new technologies are to be analysed.
The interaction between diffusion of new technologies on a domestic market, the associated showcase function and improvement of the technology's creditworthiness, and finally the positioning of this technology on global markets is often summarised under the term lead market function. Lead markets and corresponding value chains can play a decisive role in overcoming market and diffusion barriers that technologies relevant to the energy transition face. Thereby, the influence of the energy transition on the German and international value chains for these technologies depends not only on the speed of the German energy transition, but also on the speed of the transformations of the trading partners and the potential competitors for the production of technology goods. 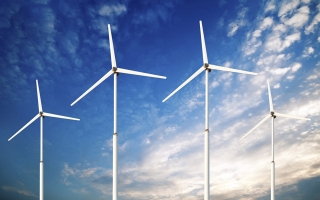 GWS at the EU conference on modelling for policy support: recordings and presentations now available

GWS has contributed to two sessions of the 2021 EU Conference on modelling for policy support, which took place online from 22 to 26 November and was organised by the European Commission's…

Our figure of the month 03/2022: German-Russian Import Dependence

The EU's four sanctions packages against Russia were adopted quickly and in great unity. In the meantime, sanctioned Russian banks have also been partially…

We are looking for student employees (m/f/d)!

Our figure of the month 02/2022: The bicycle boom is catching on with commuters – 10% have taken up cycling or e-bikes since the pandemic

In Germany, millions of working people commute between home and work every day. Despite the past two Covid years, the trend toward commuting is…