INFORGE (inter-industry forecasting Germany) is a forecasting and simulation model which can be used to analyse the effects of structural changes in the German economy. INFORGE also acts as the base model for other models designed to explore issues outside of its economic core area. INFORGE was developed by GWS in 1996 and has been regularly updated and developed since. Other GWS models, ranging from PANTA RHEI, SPARTEN and LÄNDER to REGIO, are specific extensions of INFORGE.

INFORGE is a macroeconomic input-output model which is distinguished by its empirical specification and is constructed around the interrelationships between individual industrial sectors. Because the quality of the data used is vital, it uses only official data sources from the German Federal Statistical Office, in particular national accounts and input-output tables, and other data from domestic and international public organisations.

INFORGE’s strength is its ability to analyse complex socioeconomic and economic structures including their dependencies. The input-output relationship also allows the identification of direct and indirect effects and cause-effect relationships. This enables end-to-end modelling of interdependencies between individual industrial sectors, as well as an explanation of macroeconomic relationships which treats an economy as the sum of its individual parts.

An important feature of the INFORGE model is the inclusion of detailed trade data through the integration of the global trade model TINFORGE. The specifications for export demand thus take into account not just the economic power of Germany’s trading partners and their proportion of trade, but also distinguish between tradable goods categories. The model incorporates data for a total of 80 countries and 31 goods categories. This detailed treatment of German export demand enables in-depth analysis of the German economy against the backdrop of globalisation. 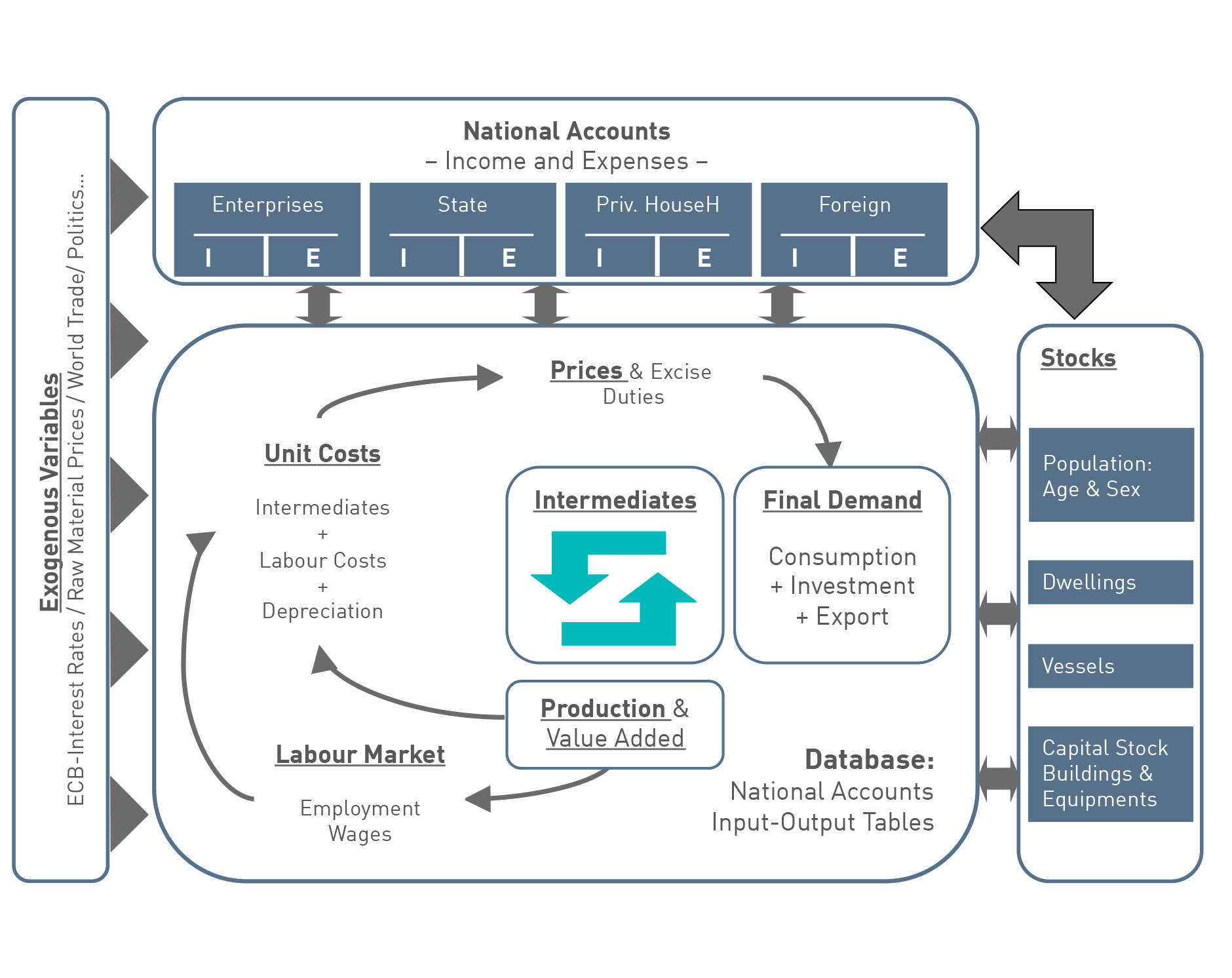 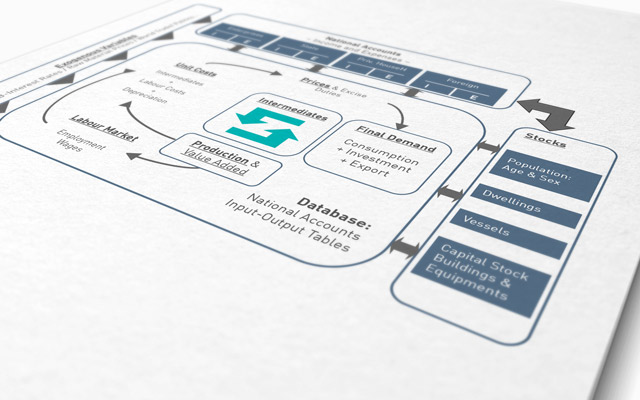