In the past, such studies were often carried out as individual sector analyses. Since cross-sectoral impacts and interrelations cannot be systematically assessed in individual sector analyses, corresponding studies are not able to adequately reflect the macroeconomic impacts of the analysed climate phenomena and adaptation measures. Integrated economic modelling approaches are generally in a position to map corresponding effects appropriately. However, so far, they have been applied much less frequently to assess climate adaptation measures.

Based on a literature review of current integrated climate adaptation studies, GWS develops theoretical proposals for the further development of corresponding simulation approaches. Specific implementation possibilities are then examined in selected case studies by means of practical applications of the GWS simulation models PANTA RHEI and GINFORS.

The overall research approach of the project puts heavy emphasis to the concept of co-production of knowledge: Impact chains (ICs) will be developed in order to structure and evaluate the impact factors analysed in individual case studies. ICs are based on a conceptual model consisting of risk components according to the IPCC AR5 concept (hazard, exposure, vulnerability) and underlying factors. The systematic visualisation of the interaction of these risk components as ICs facilitates a structured discussion of main causalities considered within the respective case studies (within the project team as well as with other stakeholders).

UNCHAIN is part of AXIS, an ERA-NET initiated by the JPI Climate and funded by FORMAS (SE), DLR/BMBF (D), AEI (ES) and ANR (FR) and co-financed by the European Union (funding code 776608). The project is managed by the West Norwegian Research Institute (WNRI, Sogndal) [&] Ramboll France (TEC, Aix en Provence) in collaboration with eight European partners. 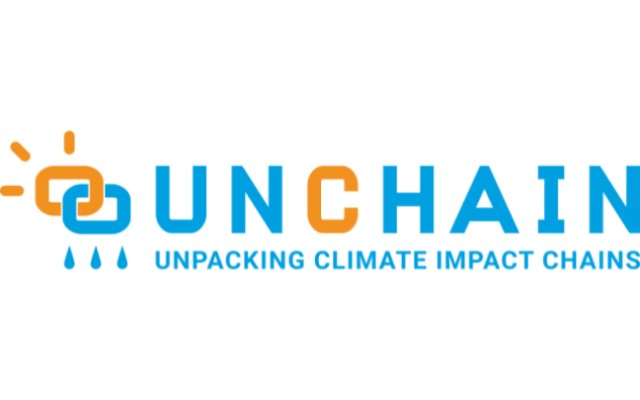